101 reason to get married in Procida: #11 to dive among the balloons

Posted at 10:07h in ProcidaWED-EN- by Martina

Our column continues: 101 reasons to get married in Procida. The eleventh reason is to immerse yourself in the many balloons. Of every shape, of every color, of every type, suitable for every age, for every event there is no party without balloons! 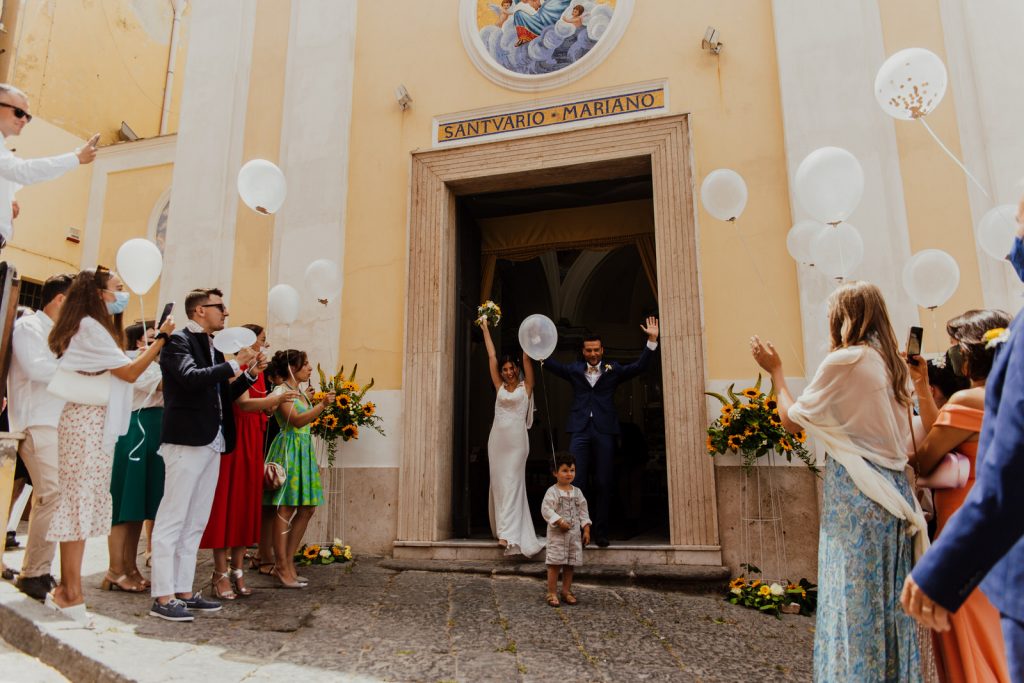 In our last Wedding, the protagonists of Barbara and Pietro’s most beautiful day were them, the balloons together with sunflowers and lemons.
White balloons, strictly biodegradable, accompanied the couple’s exit from the beautiful church of Santa Maria delle Grazie, freeing themselves in a warm June sky.

A composition of yellow, white and pink balloons with flowers and lemons also adorned the table of the newlyweds, two young travelers who landed on the island with the sole desire to get married by the sea. Pastel-colored balloons decorated a magnificent swing, made by Bodeguita del Mar, ready to support a Lemon Delight: a wedding cake made in Procida. 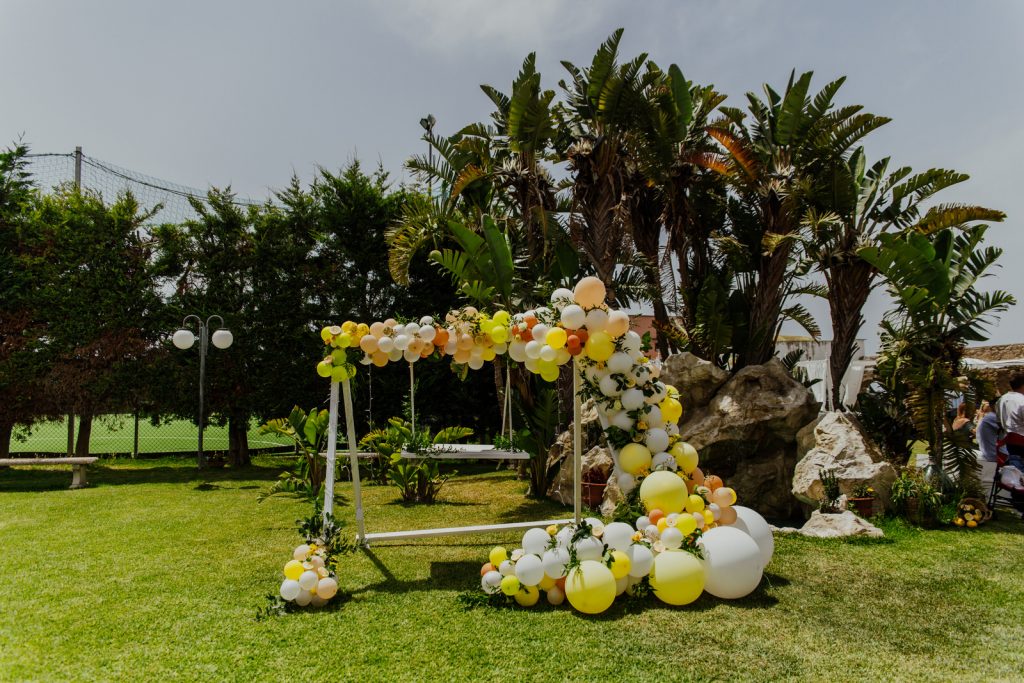 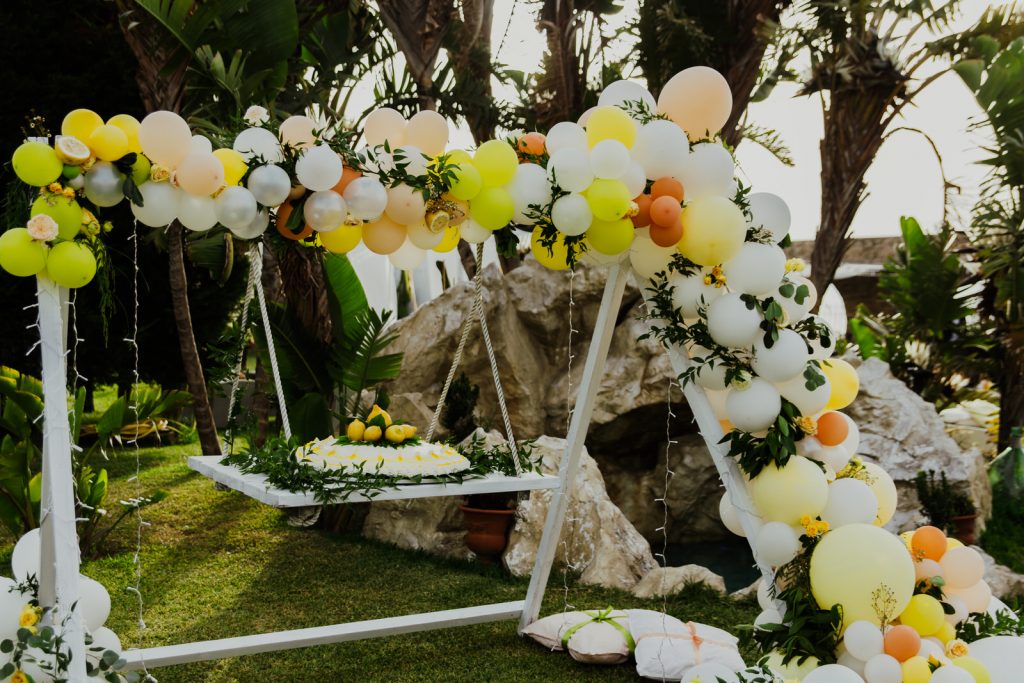 … and finally, released into the air, many pink balloons that announced the arrival of a little princess, leaving everyone, family and friends, surprised and full of joy! 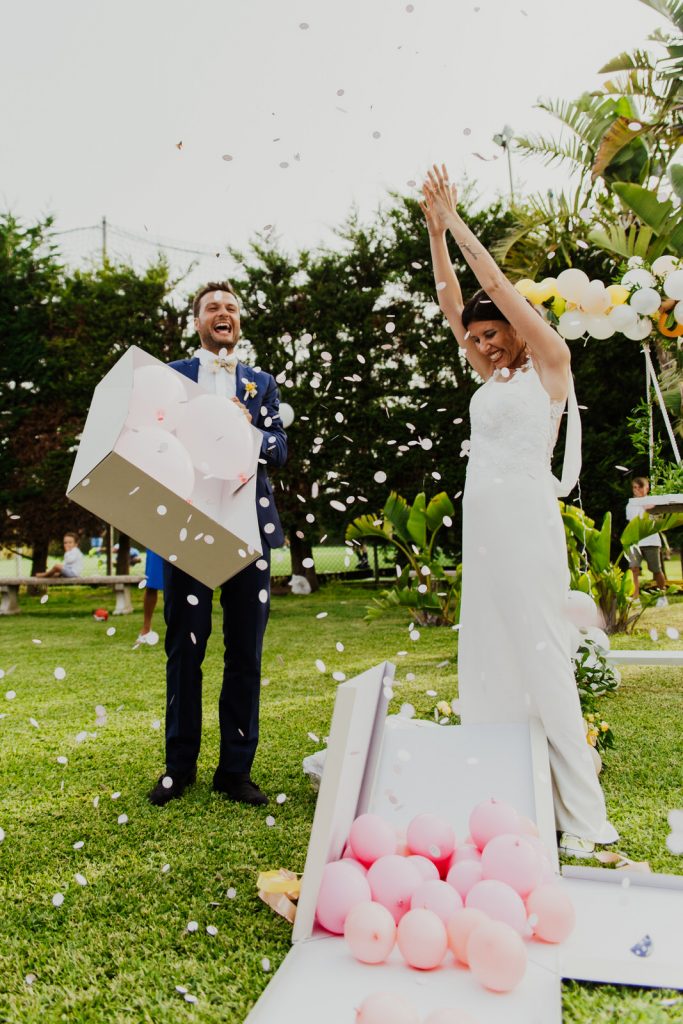 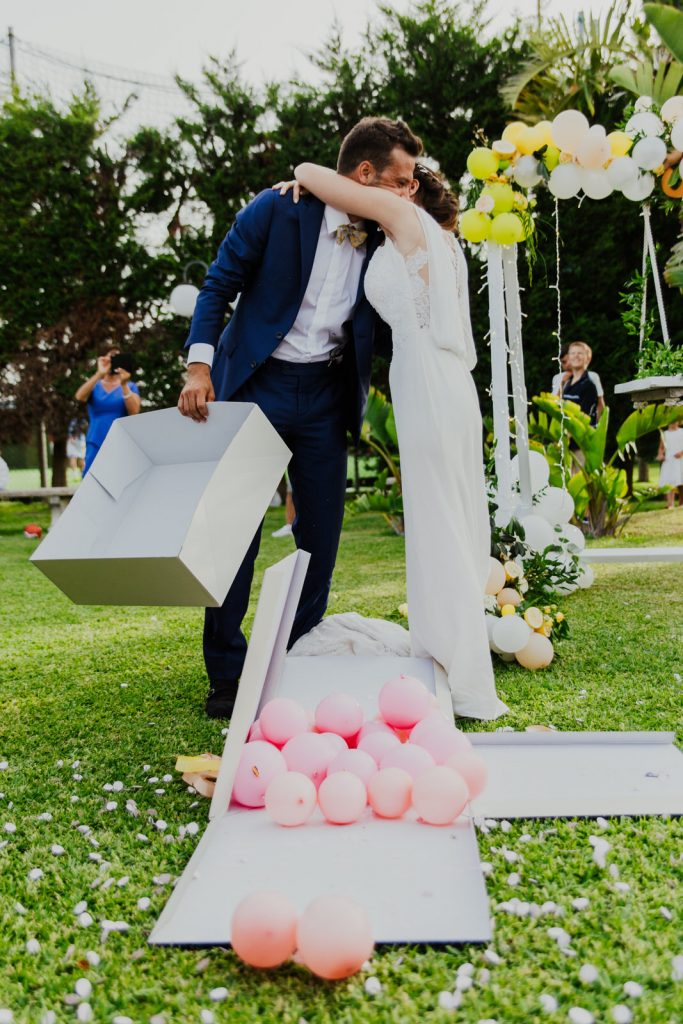 Find out the other reasons to get married in Procida